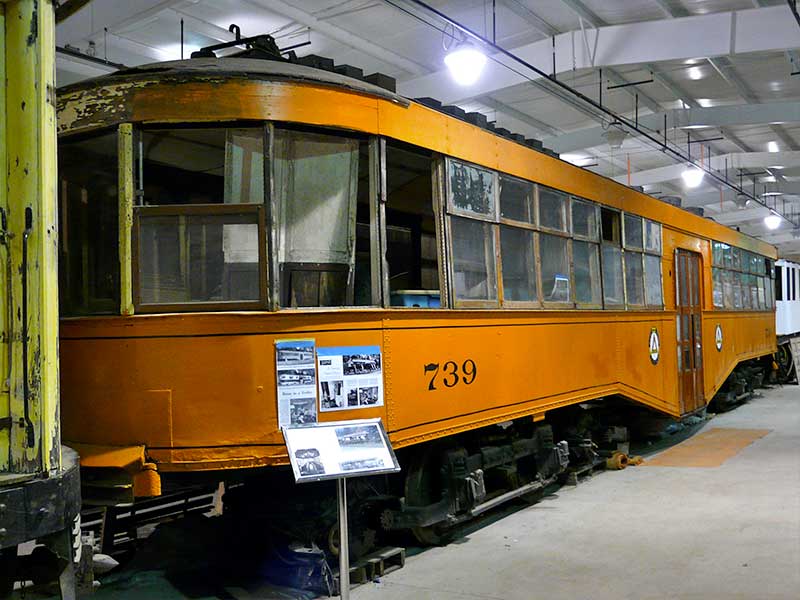 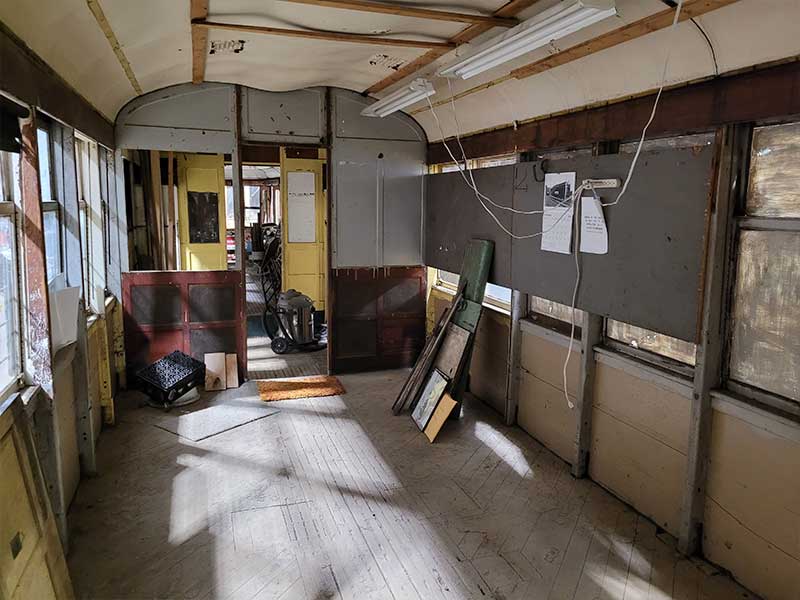 West Penn Railways operated more than 150 miles of streetcar lines in Westmoreland and Fayette Counties, connecting the larger towns such as Greensburg, Connellsville and Uniontown to the smaller towns and the multitude of coal “patches” that dotted the map.

West Penn had 40 cars like 739 and numerous smaller cars, all of which at its peak in 1923 carried 55 million riders annually. At 58 feet, these were among the longest streetcars to operate in the state. Car 739 spent a few years in the late 1920s spruced up as a parlor car named “Faywest,” running in special limited-stop service in the company’s last major attempt to compete head-on with the automobile.

After retirement in 1952, 739 spent 36 years as a home near Jeannette before coming to the Pennsylvania Trolley Museum in 1989. Since being placed on exhibit in the Trolley Display Building, volunteers have done extensive work on the exterior of the car. The pictures show the divide between the “as received” condition of the car and the scraping and painting that has since taken place. Part of our exhibit shows reprinted newspaper articles from Philadelphia and Pittsburgh that tell the story of the Smail Family turning a retired streetcar into a home. The wide open interior of the car currently serves as a workshop for the ongoing effort to restore the exterior appearance of the cars.