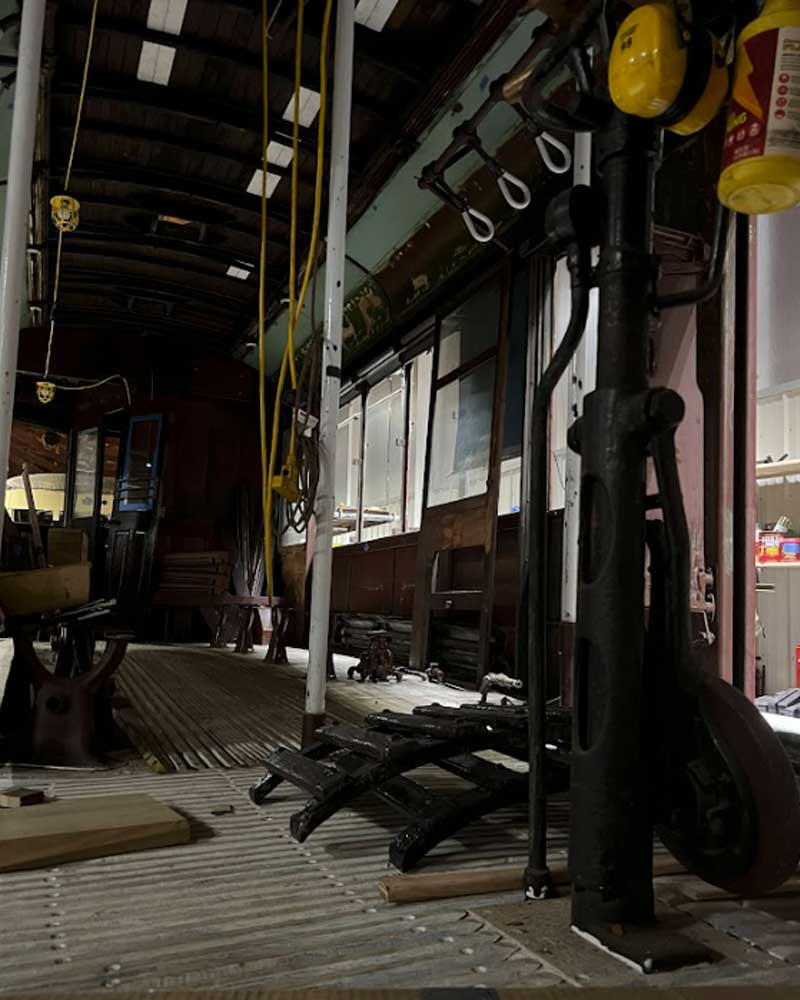 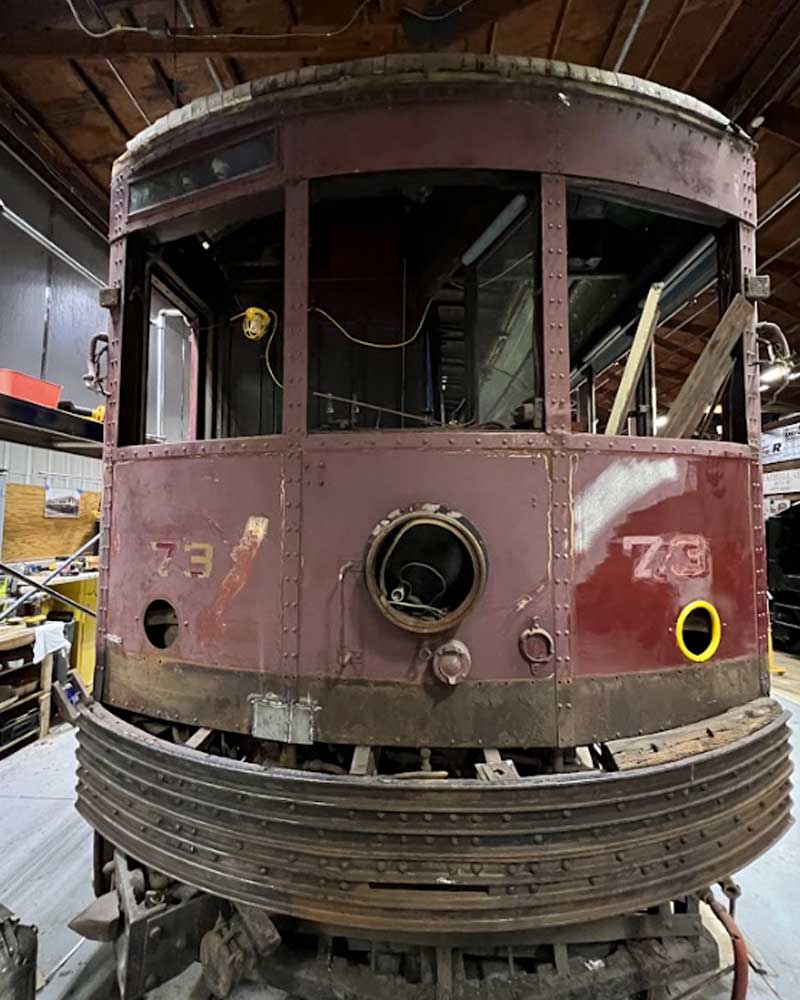 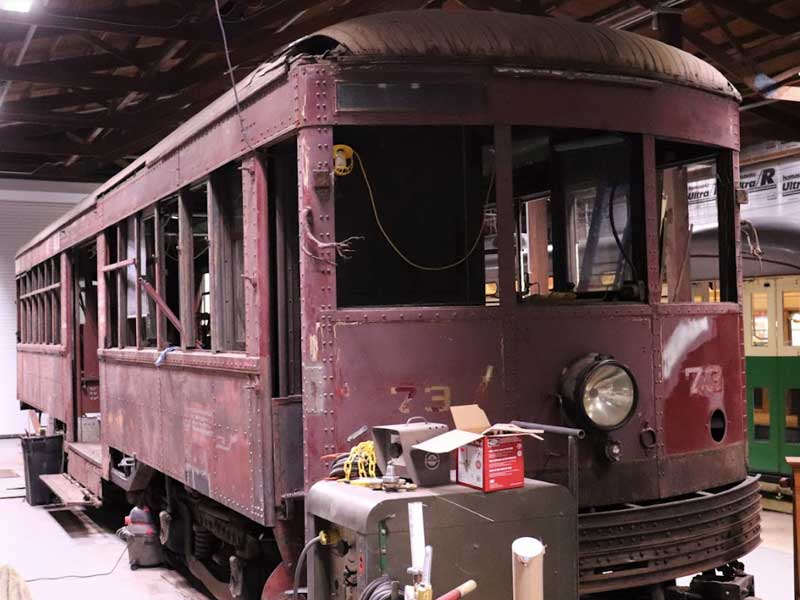 Philadelphia Suburban Transportation Company (Red Arrow Lines) car 73 is a sister to regularly operated car 66. It is important to the Pennsylvania Trolley Museum’s collection because it will enable the operation of two-car trains, just as Red Arrow did at times of heavy traffic.

In 1959 eight of these cars were retained by Philadelphia Suburban specifically for school trips and inclement weather operations. In 1970 SEPTA sold four of the cars to preservation groups, two became storerooms and two were retained for passenger operations. Car 73 was refurbished in 1972 by the transit authority (SEPTA) and the local business association as the centerpiece of a “Media Mall” promotion in that suburban community – the regular streetcar would turn back at the edge of town, and riders would transfer to 73 for the trip along State Street.

After the novelty (and funding) wore off regular trolley service was resumed in Media and car 73 was retained for charter and work service until it was declared surplus by SEPTA and acquired by PTM in 1990.