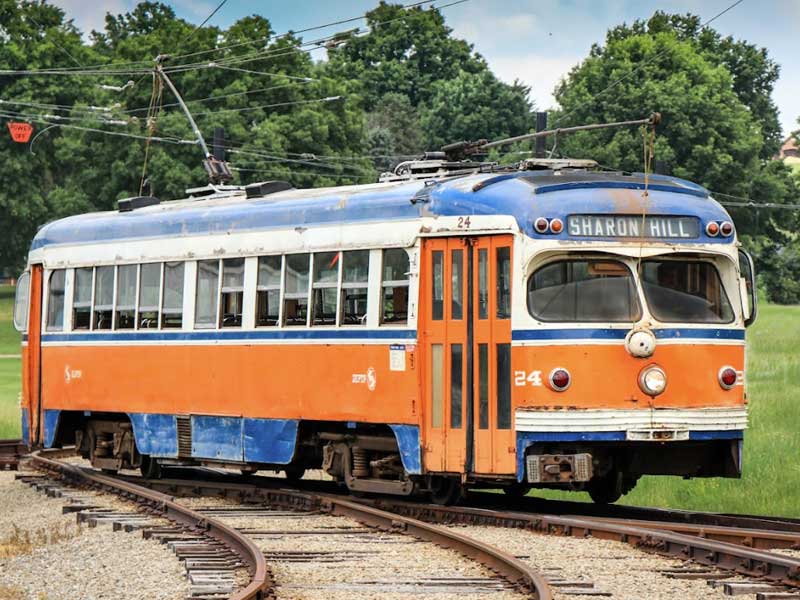 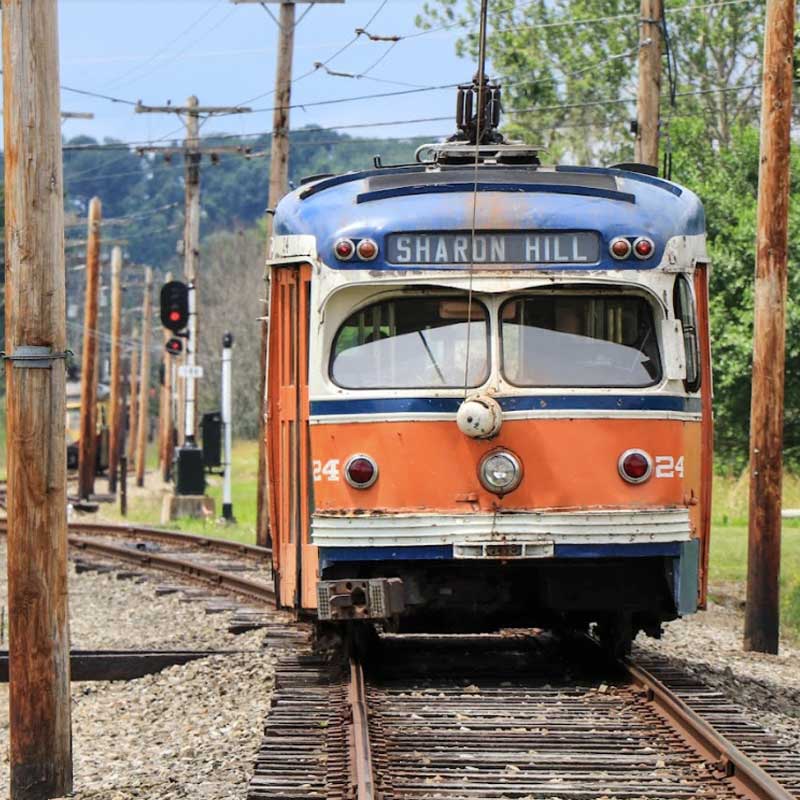 The fourteen cars they supplied were quite advanced for the day, featuring streamlined bodies of the PCC car but riding on traditional wheelsets and having larger motors for high-speed operation. Little wonder, then, that car 24 (and sister 14, beautifully restored to its 1949 appearance and in service at the Museum) remained in regular operation until new cars were purchased in 1982.

Car 24 is the Pennsylvania Trolley Museum’s newest streetcar (only the Budd built 1960 subway car is newer).