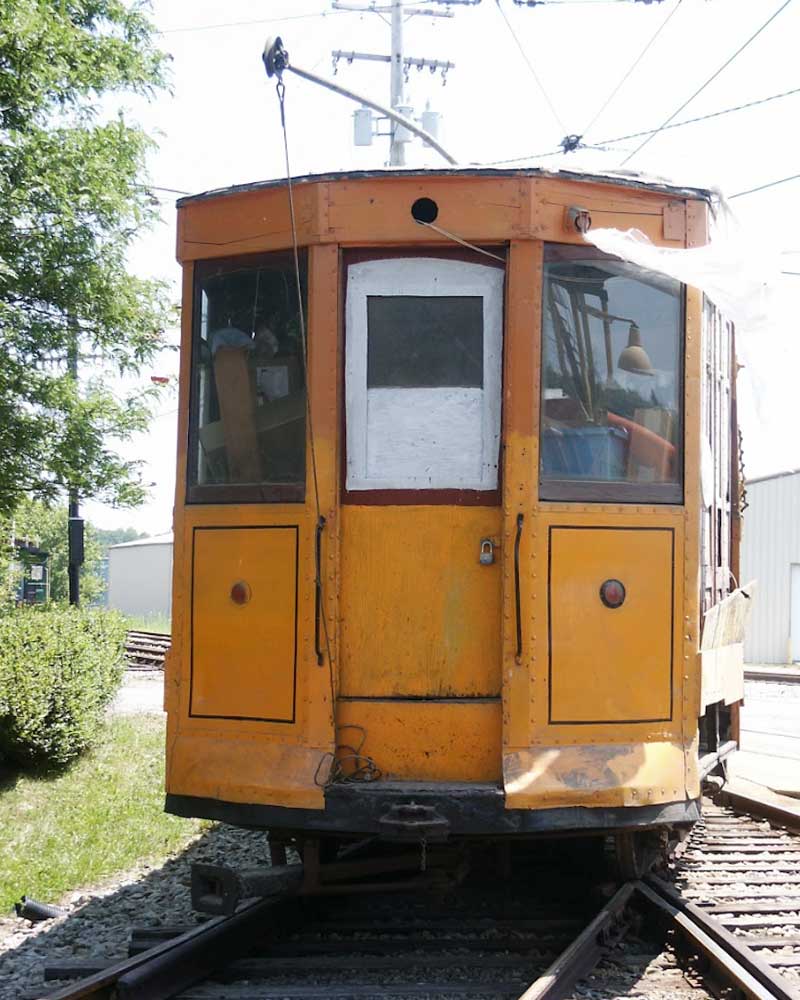 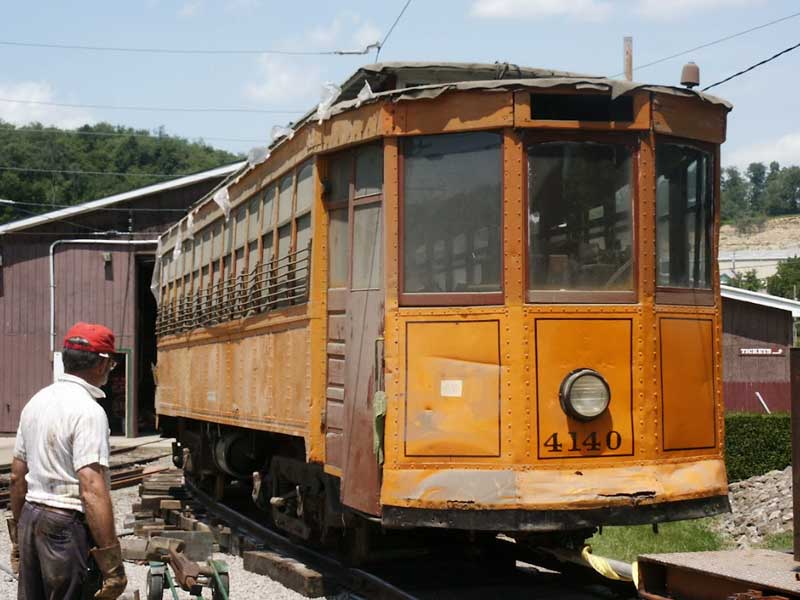 Towing inoperable cars from the various car houses to Pittsburgh Railways’ main repair shop on Frankstown Avenue in Homewood was the last assignment and configuration for this sturdy retired streetcar. M200 was its designation as a towing car but before that it was snow scraper M458 and passenger car 4140. As built, it was the identical twin to 4145, one of the Museum’s beautifully restored passenger cars.

Converted to a scraper in 1940, the car served in that capacity until a tragic twist of fate forced a change. In May of 1955, its tow car predecessor (M197) caught fire, destroying itself, a large building in the Homewood Shop complex and an assortment of passenger cars parked there. M458 was rebuilt as M200 shortly after (note the heavy steel plates added to the back end to strengthen the car for towing purposes) and served as a tow car until 1968. In that year, the Shop moved to Tunnel Car House, where streetcar maintenance and overhaul was performed until 1984 when the new facility opened at South Hills Village. The car served as a storage area for the body shop until 1972 when it was sold to the Museum.

Original plans for the car were to restore it as a passenger car; however, acquisition of 4145 now allows PTM to have a great contrasting exhibit where visitors can readily see how companies transformed passenger cars into useful work cars. This extended life allowed museums such as ours the opportunity to preserve them after a home and funding for such projects could be established.