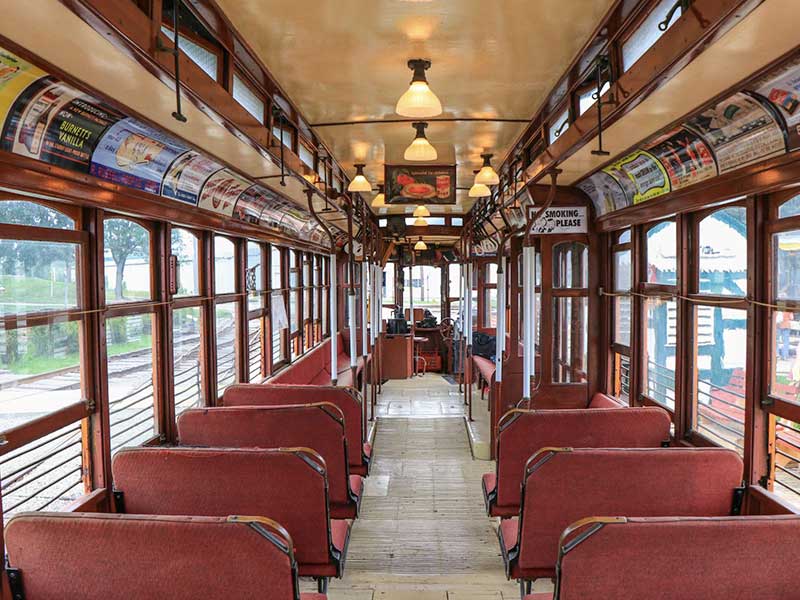 P.N. Jones low-floor car 3756 is one of a group of twenty cars purchased in 1925 to replace older, heavier wooden interurban cars on the Washington and Charleroi lines. These cars were fitted with couplers and multiple-unit controls so they could be operated on two-car trains. This, however, proved unpopular with both company and riders and the cars were ultimately withdrawn from this service.

As originally built, these cars had a separate smoking compartment and a lavatory. During World War II, the first nine cars of the group (including 3756) were equipped with a left-hand front door and assigned to service on the 23 line, which served the shipyards on Neville Island. Many of the car stops on the island would require patrons to alight on a busy highway were it not for the extra door.

The car was selected for preservation from over 200 available cars shortly before the move to the present museum site in 1954. While it is essentially a single-ended car, 3756 is equipped with operating controls between the rear seats, which simplified moves inside car houses and coupling of multiple unit trains. This feature allowed the car to be operated to some degree as a double-ended car in service at the museum.

During the nation’s Bicentennial celebration in 1976, a group of civic officials and PATransit cooperated in returning 3756 to the streets of Pittsburgh as part of July 4th festivities. The car was given new upholstery and fresh paint, and was routed through downtown streets giving old-fashioned 10 cent rides to over 5,000 nostalgic Pittsburghers.

Car 3756 returned to Pittsburgh again on May 22, 1987 to provide historical perspective to the most significant development in Pittsburgh’s transit system since the introduction of electric cars in the late 1880s: the grand reopening of the South Hills Light Rail line. For this historic operation, PAT technicians fitted the car with a pantograph current collector so that it could operate freely on any part of the new LRT system.