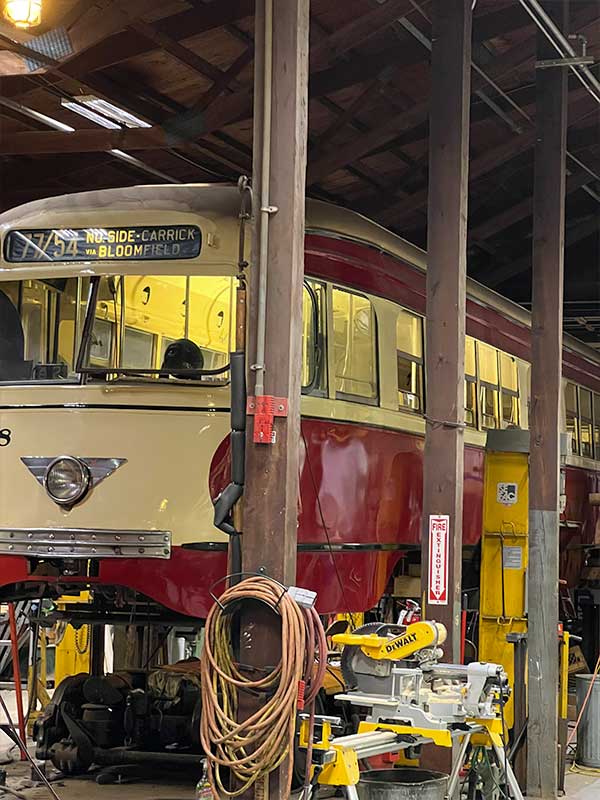 Car 1138 is a very early example of a PCC streetcar – one of the 201 delivered to Pittsburgh Railways in the first two years of production. The PCC car represented a quantum leap in streetcar design – it was designed to effectively compete with the automobile (which it could out-accelerate) through improvements in engineering and performance, not to mention style.

Acquired by the Pennsylvania Trolley Museum in 1961, 1138 was restored by volunteers in the late 60s and again in 2000, this time to its mid-1950s appearance. It was one of three PCC cars heavily overhauled through the courtesy of Adtranz (now Bombardier Transportation) in their Elmira, New York facility. It awaits electrical overhaul before returning to service at the Museum.

On Display at Trolley Display Building