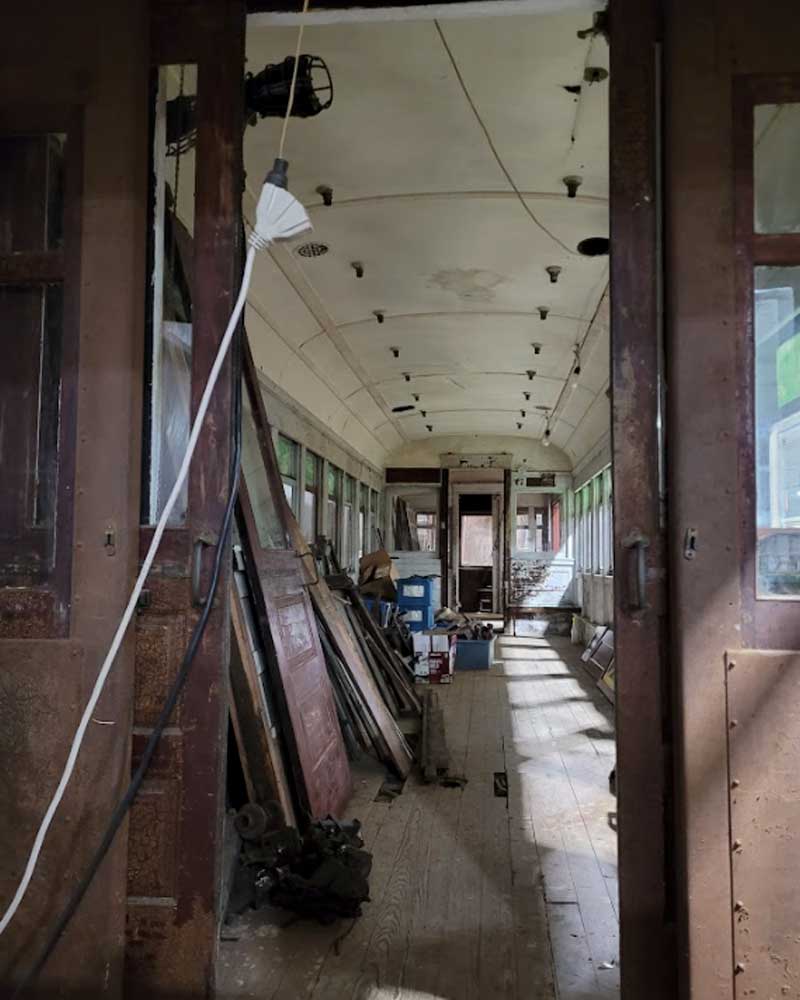 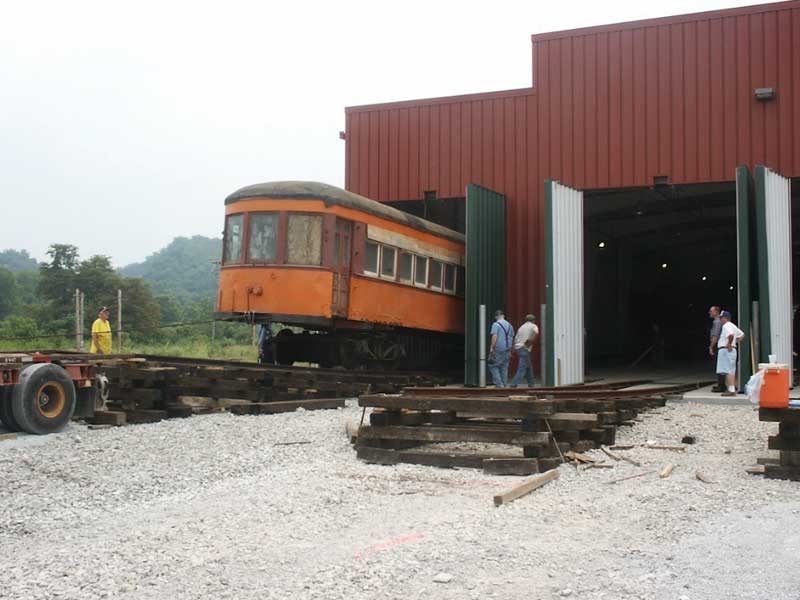 West Virginia had limited streetcar service compared to Pennsylvania. It was confined to the major cities, with Monongahela Valley Traction being the most important company. In 1923, the company was bought by the Pittsburgh-based West Penn System, which also operated trolleys in Wheeling as well as in Western Pennsylvania.

Car 274 was modern for its time, featuring all-steel construction and multiple-unit control, and initially served the Fairmont-Clarksburg-Weston route. A large freight door allowed transportation of commodities. In 1937, the car was transferred to the Parkersburg-Marietta division before being retired three years later.

Car 274 is a member of the Pennsylvania Trolley Museum’s “lived-in” fleet – it served, with a sister car, for more than three decades as a summer cottage in Southeast Ohio before coming to the Museum in 1974.