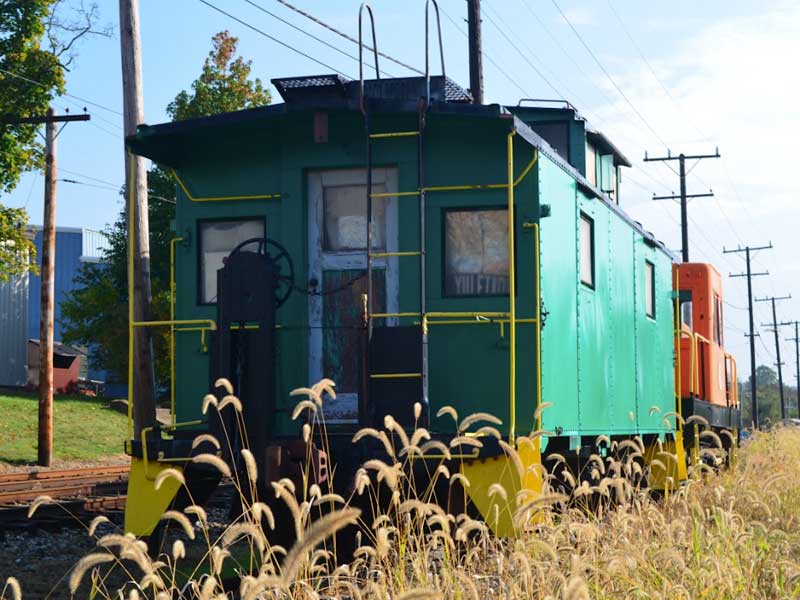 Caboose 73 was donated to the Museum by the Monongahela Railway, a 170-mile coal hauling railroad headquartered in Brownsville, PA in July 1991 and was transported to the Museum by Conrail the following month. It was the last of a group of ten such cars built for the Monongahela in June 1949 by the International Railway Car & Equipment Mfg. Co. of Kenton, OH. These were the only steel cabooses that the Monongahela purchased new; all previous cars had been of wooden construction. Four of these cars remained in daily service until September 1990, when they were displaced by secondhand (but much newer) bay window style units. By this time, the cupola style caboose had become a rarity in Western Pennsylvania, surviving only on a few short line railroads.

As originally equipped, 73 had bunks for a five-person train crew, oil lamps and a coal stove. Train crews often stayed overnight at distant terminals in their caboose, hence the full accommodations. Electric lights later replaced the oil lamps, and two bunks were supplanted by a rest room, but the coal stove persists to this day. Number 73 was obtained primarily as a display so that visitors could see a caboose first hand and get a feel for work and life on the railroad.